Maastricht University (UM) has appointed as professor of Nanobiology Peter Peters, a world leader in his field. Peters is UM’s first ‘university professor’, a special post granted on the basis of his scientific achievements.

The Province of Limburg welcomes the appointment: in its view, scientists of this stature form a bridge between science and industry and make the value of science visible to the general public. The Province therefore supports this professorship with the title ‘Limburg Chair’. 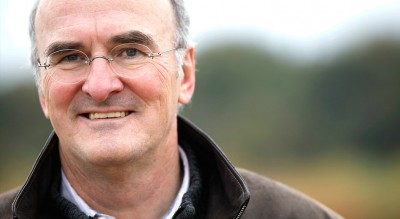 Peters (Hunsel, 1957) works at the cutting edge of medicine and the natural sciences. He studies the immune system at a nanometre level, with the aim of improving treatment for diseases such as cancer and tuberculosis. His appointment, effective as of 1 January 2014, was announced today.

Peters will establish the Institute of nanoscopy that will help UM achieve its ambitions in the field of scientific imaging. The university has already acquired several high-end microscopes that allow animal cells, bacteria and viruses, but also ‘biologicals’ (drugs consisting of natural proteins), to be prepared and studied at minus 185 degrees Celsius. This enables researchers to analyse the protein complexes of every cell in their natural habitat. By studying the 3D form of these complexes, the professor and his team, to be composed in the coming months, will contribute to a better understanding of the development of cancer and infectious diseases.

Peters’s relocation from Amsterdam to Maastricht represents an important new step in the development of the Maastricht Health Campus. UM and its partners have already made major investments in the research infrastructure of this campus. For example, Brains Unlimited was launched late last year, with its Tesla 3, 7 and 9.4 scanners and a top scientific imaging institute that is unique in the Netherlands. Peters was drawn in by the great opportunities on offer at UM and in Limburg as a whole, with the Chemelot Campus in Sittard-Geleen and (in due course) the Greenport Campus in Venlo.

Peters’s arrival dovetails with UM’s ambition to become a major player in scientific imaging. According to UM’s president, Martin Paul, “Maastricht University aims to boost and strengthen the Limburg knowledge economy; this is a key goal, for example, of the ten-year investment programme Kennis-As Limburg. One of our spearheads is our focus on the sciences. In this climate, Peters’s new institute will find fertile ground in Limburg.”

In the coming months, Peters will recruit scientists from around the world and his microscopes will be readied for use. By midyear he hopes to have a full lab up and running in Maastricht. Housed on the Maastricht Health Campus, this lab will be of great significance for the further development of education, research and valorisation in the life sciences and natural sciences at UM.