View All at Instruct

ESPRIT uses exonuclease to truncate the target gene sequence and generate all possible construct termini. Up to 28,000 clones are isolated using colony picking robots and gridded out to form high density colony arrays for protein expression testing. This means ESPRIT is able to screen of tens of thousands of constructs of a single gene to identify well-behaving soluble constructs.

When the full-length protein cannot be expressed and a domain-focused approach is necessary, it can be difficult to design well-expressing soluble constructs. Common issues are:

ESPRIT technology was developed to express proteins whose domain boundaries are difficult to predict.

Over the last ten years, the ESPRIT platform has been visited by many European scientists who have brought their problematic targets for screening. About half of these users have returned home with soluble, purified proteins for further study.

For information, see the ISBG webpage. 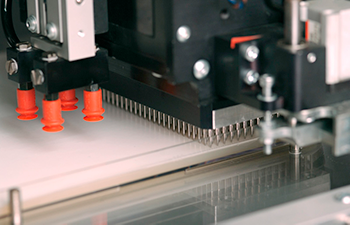