The sad news of the passing of Dr Peter Goodford, on May 10 2019 at the age of 87 has been reported recently. He was a pioneer of structure–based drug design who initiated some of the earliest studies in this field back in the 1970s. He had many links with Oxford during his career.

Following undergraduate & post graduate studies at Oxford University, Peter worked as a post-doc in the US before returning to the Pharmacology Dept at Oxford. At that time his research was mainly based on ‘classical’ methods of pharmacology including work on ion channels. Peter later moved to the Royal London Hospital as a lecturer. As part of his teaching of physiology to medical students, he covered the subject of blood and haemoglobin. Through further reading he became fascinated by haemoglobin structures particularly the transitions between the very different quaternary conformations (oxy- & deoxy-Hb) reported by Max Perutz and colleagues. These results lead him to speculate on how ligands might be designed using the known 3-D crystal structures of Hb to favour one or the other of the quaternary states, thereby leading to a more rational basis for drug discovery, contrasting with the traditional random screening.

When Miles Weatherall moved from the Royal London hospital to head the Therapeutic Research Division at the Wellcome Research Laboratories, Beckenham, he encouraged Peter to join him. In 1967 Peter headed up the newly formed Biophysics & Biochemistry Department which allowed him to explore his drug design ideas further. He was able to bring significant resources to the ‘receptor structuring’ program which included the setting up for the first time a protein crystallography group in a pharmaceutical company. Peter sought advice from leading academic protein crystallographers in the UK including David Philips (Oxford), Max Perutz (Cambridge), Herman Watson (Bristol) & Tom Blundell (Sussex) leading to the recruitment of three crystallographers: Chris Beddell, John Champness & David Stammers. Although haemoglobin was considered a model receptor initially, ‘right shifters’(of the oxygenation curve) acting to stabilise the deoxy-Hb conformation, fitting into the diphosphoglycerate site were  of potential benefit in cardiovascular disease. Similarly ‘left shifters’ which were targeted at a novel site on oxy-Hb were of potential value in sickle cell anaemia acting to increase the proportion of the more soluble Hb form. Indeed compounds for both types of Hb binding were successfully developed, those for the left shifters reaching clinical trials.

These successes came from Peter’s drive and enthusiasm, and he made it clear that he expected his people to remain focussed. Forensic questioning of progress was a feature of his management style and many a junior technician would be quaking in their boots when they heard the familiar sound of very loud footsteps approaching along the corridor.

One of the problems Peter encountered was in getting the synthetic chemists at Beckenham to buy into the rational approach as the majority preferred to remain with more traditional methods.  Collaboration with the chemists at the Burroughs - Wellcome Laboratories at Research Triangle Park in North Carolina, helped solve this problem with the additional benefit of  an excellent target to work on, dihydrofolate reductase. This project yielded much more potent compounds than the Wellcome anti-bacterial drug trimethoprim and the predicted binding modes were confirmed by crystallography, however due to organisational changes the work was not pursued further.

It is characteristic of pharma that strategic decisions can lead to a less supportive environment, particularly when the inevitable reorganisation happens, usually following the appointment of a new senior manager wanting to make their mark. Eventually Peter got caught between the different research approaches advocated by Sir James Black & Sir John Vane, both future Nobel prize winners who were directing research at Beckenham in the early eighties. Thus Peter left Beckenham and returned once again to Oxford.

This move represented a huge change from his time at Wellcome where he was in overall charge of three departments with line management responsibility for ~200 staff. I greatly admired his ability to adapt from managing science to being back at the bench, or more accurately the computer keyboard. He initially funded the purchase of his own VAX computer for use at home and obtained office space and facilities at the Laboratory of Molecular Biophysics, University of Oxford, headed by Sir David Phillips.

Peter came to realise that the development of ligands to fit a binding site on a macromolecule should be put on a more quantitative basis rather than the somewhat ad hoc methods used in his earlier studies. Moving to Oxford allowed him to develop and implement his ideas with the help of a range of very able research students including Jenny Martin and Rebecca Wade. He developed the GRID program where ‘probe’ molecules are moved in a grid over the surface of a macromolecule allowing the computing of energy values which was displayed as contour maps to identify favourable region to design ligands.  Following interest from pharma and academia Peter founded Molecular Discovery Ltd to distribute and support the GRID program. As a result GRID became widely used around the world as a standard part of structure-based inhibitor design. One early success was its use by Peter Colman’s group at CSIRO in designing the anti-influenza drug zanamivir.

Following the takeover of Wellcome by Glaxo and the closure of the Beckenham research site in 1995, our paths crossed again when I moved to LMB Oxford on drug development programs particularly on HIV reverse transcriptase in collaboration with Dave Stuart. It was always great to have a discussion with Peter and hear his words of wisdom, as well as his latest thinking on drug design or ‘discovery’ as he preferred to say.

Peter finally retired in 2006 and we would occasionally meet up for lunch in Summertown to reminisce about earlier times.

In summary, Peter was a real pioneer of structure-based drug design, being not only the first to establish it in industry but also one of the first to seriously develop the methodology. 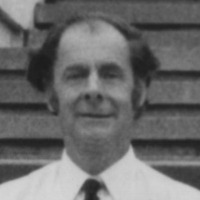