A team of scientists from the Astbury Biostructure Laboratory in Leeds are pedalling across the UK to tour microscope facilities and raise money for a leading human rights charity. The cyclists, who began their 660 mile journey at the SCMI in Glasgow on 20 April, arrived in Oxford on Thursday afternoon after cycling over 400 miles to reach their fifth microscope at the Division of Structural Biology at the University of Oxford. 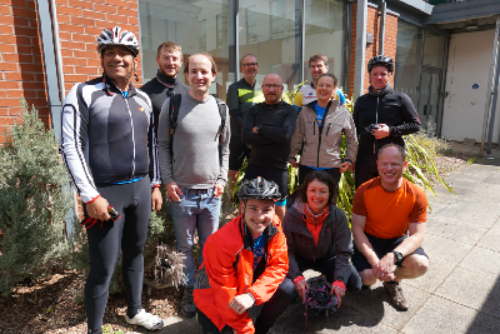 Cyclists arriving to the University of Oxford

The scientists from the Astbury Centre at the University of Leeds are joined by guest cyclists on their route taking in each of the Titan Krios and Grand ARM Cryo-EM microscopes across the UK. Neil Ranson, Professor of Structural Molecular Biology at the University of Leeds, said that the cycle tour was a great way of engaging with the cryo-EM community, whilst raising money for a really worthwhile charity. The team are raising money for The International Justice Mission, a global human rights charity working to eliminate slavery.

Cryo Electron Microscopy (Cryo-EM) is a powerful tool for visualisation of 3D structures of proteins and cell structures at the atomic level. Electron beams are directed through flash frozen samples, revealing images in awesome detail, helping scientists to unlock the secrets of life, health, and disease. Instruct-ERIC offers open access to Cryo-EM technology across Europe, including Oxfordshire and soon, in Leeds.

The team said that there had been many challenges and highlights during the tour so far, particularly with the opportunity to experience the beautiful scenery and challenging terrain of the Yorkshire dales and the peaks whilst travelling by bike. 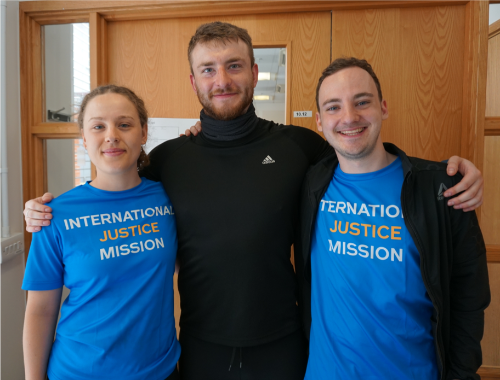 After completing their tour of Oxfordshire with a visit to the Diamond Light Source, the team were traveling on to London, Cambridge, and Leicester, to finish their journey at the National Cryo-Electron Microscopy Spring Symposium in Nottingham on 29 April. To help the cyclists reach their goal to raise £20,000, click here. 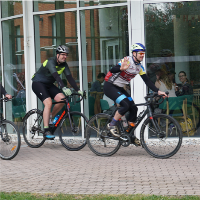